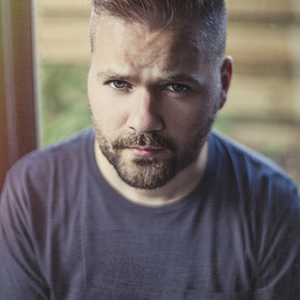 Marc M Cogman was born in Washington DC and raised along the northeast coast. After fronting rock bands in Boston and Los Angeles, he began his solo career in 2007 with the independently released Welcome to the Danger Show. Making use of a wide cast of fellow Los Angeles musicians, the lyric-driven songs were an instant hit with local audiences, who came in increasing numbers to Cogman's monthly residency at Los Angeles' The Mint. The album soon caught the attention of Geffen Records, where famed producer/engineer/EVP Jack Joseph Puig likened Cogman to a young Bruce Springsteen.

After an option for a deal with Geffen expired without coming to a contract agreement, Cogman signed with Time-Act Music, who released his follow-up, Beneath a Balcony in 2009. This album focused more on the rootsy aspects of Cogman's soundscape and utilized his Los Angeles backing band, the Dead Messengers. One track from Beneath a Balcony, the dark, compelling ballad "Bullet" was used in the film The Tontine Massacre, helping Cogman's audience grow. He also signed at this time with Marty Diamond of the Paradigm Agency.

Nevertheless, Cogman's star didn't take off as expected. His third album, the more indie-rock Anthems, included contributions from David Lowery (Cracker) and John Morand's Sound of Music Studios (Sparklehorse, Joan Osbourne) but remained unreleased due to issues within the record label. 2010 would present personal and professional challenges for Cogman, including severing ties with his label, manager, and publisher. (Anthems wouldn't see the light of day until Cogman released it independently in 2012.)

In the spring of 2010, facing career upheaval, a divorce from his wife of just one year, and increasing dissolution with Los Angeles and the industry, Cogman sold or gave away most of his possessions, moved into his car, and spent the entirety of the year playing shows across the country and writing his fourth album. Eventually landing in Buffalo, then Boston, then Oklahoma City, and finally Tulsa, Cogman found a new beginning and a renewed artistic energy.

Remarried, working as an english professor, and in better mental health than he had been in years, in 2014 Cogman released Albatross, the chronicle of his fall from grace in L.A. and his nomadic travels across the country. recorded in Boston, Los Angeles, and Oklahoma, it featured an impressive list of producers including Scott Riebling (Butch Walker, Metro Station), Eddie Jackson (James Taylor, Willie Nelson), Jared Evans and Chad Copelin (Sufjan Stevens, Graham Colton) and Grammy award winner J.D. Andrew (The Boxmasters).

After reuniting the original Dead Messengers for a high-energy show in Los Angeles in the summer of 2015, Cogman was inspired to write a new record. in 2016, they entered Contribution studio in Culver City, CA for his fifth full-length, Nothing is Fantastic. Released in March 2017, the record drew on Cogman’s roots in mid-90's guitar-rock. The same month, Cogman and the band celebrated the 10-year anniversary of Welcome to the Danger Show’s release with a show in L.A.

while enjoying the trip down memory lane with a 90’s alt-rock record, Cogman wanted to capture something different with his sixth album. Seeking to create an record that captured the spirit of the Dead Messengers live in a room, his next group of songs returned to the folk/americana/country sound on display on Danger Show, Beneath a Balcony, and albatross.

In december 2018, the dead messengers convened at a rented beach house in Oxnard, california to record an album live, all in one room together, with joe napolitano co-producing. These nine songs display the musicianship and camaraderie of a band with over a decade of playing together under its belt. With Brian Moskin and J Siegel on drums/percussion, frogs on bass, giulio carmassi on keys and horns, and Steve mcdonald - as always - on electric guitar, the album still features cogman’s singular songwriting and poetic lyrics, but bears the name of the band itself.

dead messengers arrived in early 2020, on limited edition vinyl from Last 3 Punks records and available for digital download at all major retailers.