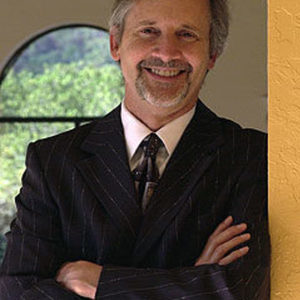 Born and raised in Texas, Lloyd began his career working for legendary Texas political leader Bob Bullock. He spent eight years in the Texas Controller’s office, before moving to California in 1986 to enter the computer industry. It was at this time that he first became aware of major problems in federal small business contracting programs, and soon became an advocate for small technology firms. In this role, he closely monitored federal “set-aside” contracts for small businesses. His work triggered a 1991 Congressional investigation into the F-22 Stealth fighter that forced the Air Force and Lockheed Martin to allocate an additional $501 million to small and minority-owned firms.

In his continuing role as a small business advocate, Lloyd spearheaded litigation to acquire information on small business utilization in government contracts. In 1993, the U.S. Court of Appeals for the 9th Circuit ruled against the Defense Logistics Agency, forcing it to release vital information documenting small business contracting awards. This has paved the way for greater participation by small businesses in federal contracting by exposing the lack of enforcement of Congressionally mandated small business goals.

In 2003, information provided by Lloyd [2] prompted a Government Accountability Office(GAO) investigation [3] confirming that, in direct conflict with the Small Business Act of 1953 [4], a significant number of small business contracts were being awarded to some of the world’s largest corporations.

In order to form a coalition to promote fair policy in federal small business contracting, Lloyd founded a trade group, the Micro Industry Suppliers Association, in 2003. When membership began to include businesses outside the computer industry, the name of the organization was changed to the American Small Business League in 2004.